How To Choose The Star Of A Kitchen Remodel? 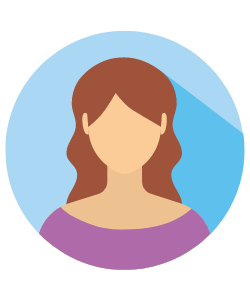 We love facts. We just do. We love how factual information empowers you to make smart decisions. However, we acknowledge that the world would be boring if we only ever talked in facts, and so we aim to insert a little opinion here and there when we write. We think you'll find that this blog is a good example of that. The topic, construction and contractors, is a topic that lends itself to lots of factual information. And some of the articles here will be quite fact-based! However, we will also write plenty of blogs in which we express our opinions and offer more subjective advice. We like this balance, and we think you will, too.

How To Choose The Star Of A Kitchen Remodel?

Whenever you renovate any room, a handful of features should serve as focal points. This can be challenging in kitchen remodeling work because there are many competitors in the typical cooking space. How do you choose the star? Look at four ways to decide what should be the focal point of a kitchen remodeling project.

One of the easier ways to decide what to feature is to focus on the practical issues first. Suppose you need more counter space in the kitchen. You might decide to add a large island to the cooking area. Unsurprisingly, there will come a point where a large-enough island is going to demand to be the focal point of the kitchen. By putting function before form, you would have discovered that the island wants to be the star.

Another way to look at the issue is to think about what you prize in the kitchen. Someone who's a dedicated cook, for example, might install a professional-grade stove and oven system in the cooking area. Naturally, they could choose to make that area the star. Especially if they want to do something like stacking two in-the-wall stoves above each other, they can set aside a large section of the kitchen as a visually defining feature.

Sometimes the simplest solution is to follow the existing lines of the space and see where they're pointed. A long and narrow kitchen, for example, might have lines that point toward the windows at either end. You could build a new sink under one of the windows. The lines of the room would point toward the sink, and the sunlight would further highlight it as the focal point.

Also, you can follow the lines at eye level as you stand in the space. The cabinetry, for example, is often are eye level. Consequently, a kitchen remodeling contractor may elect to give the cabinets starring roles. They tend to contrast easily against the surrounding space, and the use of glass, paint, or wood can readily let them stand out from the rest of the kitchen.

Humans define their spaces, and that can go as far as making the places for people the focal points of a kitchen. If you're going to install a counter that interacts with the dining room in an open floor plan, that's a great thing to feature visually. A kitchen remodeling contractor might use a high-quality countertop material like granite, for example, to make the space pop.